Do I Have Adhd

Is ADHD Real? Discover The Truth From Medical Doctors!

Join The Mental Health Community You've Been Dreaming Of

This discord family is a safe place where we can all (anonymously if we choose) talk about and seek help for what is going on in our heads.

ADHD and Motivation: Motivating Someone With ADHD

Written by Brittni Bresee on:

Few mental disorders generate as much controversy and debate as attention-deficit/hyperactivity disorder.

ADHD is one of the most common disorders found in children and adults today. Despite its frequency, there is still a significant argument about the exact cause.

Studies have shown no single factor determines the exact etiology of the disorder. It involves a complex interaction of biological and environmental factors. (Wolraich, 2000).

In the last century it ADHD symptoms w to Minimal Brain Dysfunction, or MBD, as a result of trauma to the brain. Further studies failed to support these claims the MBD claims.

Several years later, attention-deficit/hyperactivity disorder looked to be a hyperkinetic reaction of childhood. But the symptoms between children varied too for this idea to solidify.

Further understandings combined these into one disorder;

ADHD (Attention-deficit/hyperactivity disorder) with two subcategories: the inattentive and the hyperactive/impulsive.¹

The Biology of ADHD

The possible neurobiological basis of attention-deficit/hyperactivity disorder depends on :

There have been two types of imaging that have advanced the ADHD diagnosis.

With these tests, it becomes possible to study the brain in more detail.

It is not hard to understand why these children a lot of times have trouble in school. The main point of a school-aged child is to learn skills needed for efficiency and comprehension.

Children who are inattentive have a “slow” information processing style. They also display problems with focus or have selective attention.

Lack of attention to detail often results from an information overload.  Academic difficulties include the ability to complete homework while maintaining interest. This can appear to be a lack of motivation. Yet this could be a sign of hyperactivity and/or impulsivity.

Hyperactivity symptoms can include:

Impulsivity symptoms may include:

Three areas of executive functioning that can be problematic for people with ADHD :

A phenotype is the observation of the genes’ ability to interact with the environment. Epigenetics is the study of how cells control gene activity. These areas of study have proven experience can alter gene structure and function. This occurs through modification of gene expression.

Different expressions may not depend on DNA structure but the regulatory markers. The markers control how and when a gene passes.

This indicates that certain environmental hazards will not affect everyone the same way.

Some are “immune” to the effect. In comparison, others will be susceptible to developing  ADHD in the presence of the hazard.

Chemical Messengers of the Nervous System

Neurotransmitters are a type of messenger we have to send chemicals for communication. They travel through the body, constantly making connections needed for every moment.

A popular medication prescribed for attention-deficit/hyperactivity disorder is,  Adderall. This medication increases the number of neurotransmitters in the brain’s neural processing. This is how it can help improve the symptoms of ADHD. (Barkley, 1998). It also has a long list of side effects, but to some, their need outweighs the warnings on the label.

Approximately 50% of children with attention-deficit/hyperactivity disorder have a parent who also has the disorder. (Biederman et al., 1995) Studies suggest that up to 75% of the etiology is connected to genetic factors. (Sherman, Iacono, & McGue, 1997). Doctors have known that ADHD risk increases two- to four-fold among first-degree relatives.

One research approach indicated that six genes had common markers: 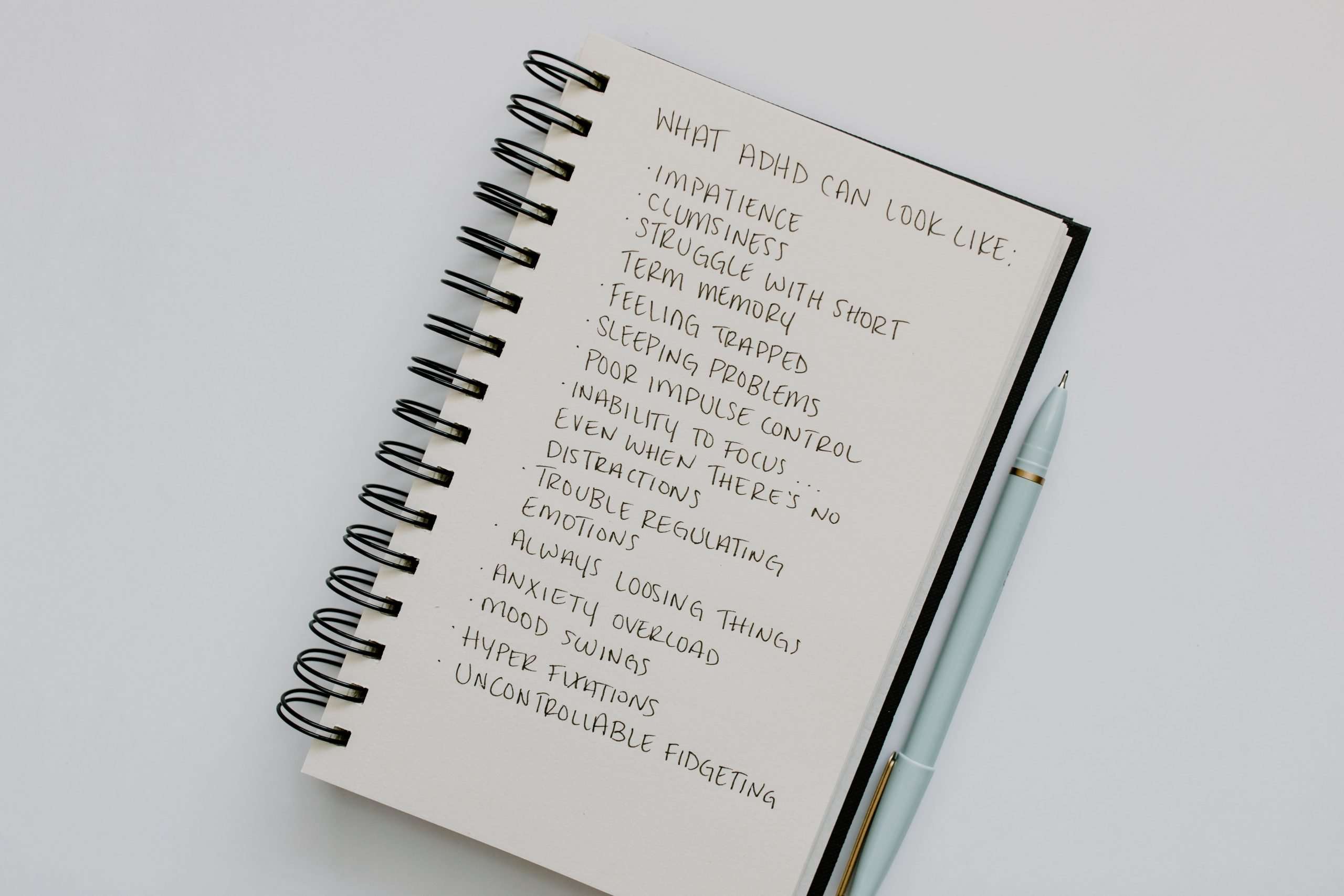 Although it is difficult to diagnose attention-deficit/hyperactivity disorder before the age of 3 years, children who have short tempers at this early age have been more likely to develop ADHD.  Calming these children is more difficult than with their peers without attention-deficit/hyperactivity disorder. Other early signs include excessive activity, poor sleep patterns, and nervous parents.

Between the age of 1 – 2.5 years old, toddlers with ADHD show symptoms of lack of self-control and higher levels of disorganization.

Between 6-11 years, children often struggle when faced with academic and social demands. The children who are hyper and impulsive with ADHD struggle with these demands. The nature of their academic concerns is more related to the tendency to rush through tasks. Doing this, they sacrifice accuracy for speed.

These children have little tolerance for frustration and also tend to give up when they do not have an immediate solution.

This impulsive behavior also puts these children at greater risk of accidental injury. Throughout their adolescence, at least half of these will continue to show symptoms.

Adolescents with ADHD are not very equipped to meet everyday challenges. Such as increased workload and independent study skills. Other prevalent social and emotional impacts at this developmental stage include:

Bipolar symptoms can include pressured speech (fast speech), distractibility, and hyperactivity. It’s easy to confuse them with the symptoms of attention-deficit/hyperactivity disorder, as up to 70% of children with depression also have ADHD.

In another study, nearly 90% of children and 30% of adolescents having both bipolar disorders and attention-deficit/hyperactivity disorder.  Studies show that up to 50% of children with ADHD will go on to develop a conduct disorder. Hyperactive adolescents with attention-deficit/hyperactivity disorder were significantly more likely to use cigarettes and alcohol than their non-hyperactive peers. (Linda Wilmshurst 2015).

Join The Mental Health Community You've Been Dreaming Of

This discord family is a safe place where we can all (anonymously if we choose) talk about and seek help for what is going on in our heads.

Please log in again. The login page will open in a new tab. After logging in you can close it and return to this page.